Home | About Us | Archives and History

The historic landmarks and sites of the West Virginia Conference!

Would your local church like to apply to be recognized as a historic site?

Follow this link for more information from the General Commission on Archives and History of The United Methodist Church!

Local church records are important for the present as well as a window into the past.

Follow this link for local church historian guidelines from the General Commission on Archives and History!

In 1784, a Methodist Society was formed in what is now Union, Monroe County. Two years later, Edward Keenan gave the society a plot of land for a church. Rehoboth Church, a log structure with a gallery, was built in a depression, which gave the congregants protection. On July 5-6, 1788, Francis Asbury ordained John Smith as a deacon in the church, the first Methodist ordination west of the Alleghenies. Smith was the first circuit rider assigned to the territory, and Rehoboth was the heart of his circuit.

Asbury conducted three conferences at Rehoboth (1792, 1793, 1796) and preached in the church in 1790 as well, when he was accompanied by Richard Whatcoat, later third bishop of the Methodist Episcopal Church.

Rehoboth Church hosted regular preaching for over a century. In 1978 the museum was erected to share the story of Rehoboth.

Rehoboth was designated a Methodist Shrine in 1960, a designation changed to Heritage Landmark by the General Conference in 1968. 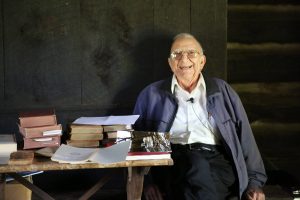 Rev. Lawrence Sherwood, a Francis Asbury scholar, and caretaker of Old Rehoboth, Anita Tracy, shares the history of Asbury in (West) Virginia.  You may watch by following this link.

Here is a link to an article from 2017 that is on the Baltimore-Washington Conference site:http://www.bwcumc.org/news-and-views/traveling-the-circuit-rehoboth-church-and-museum/ 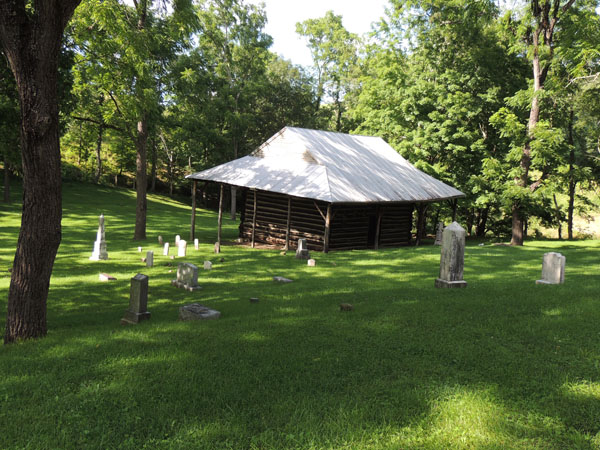 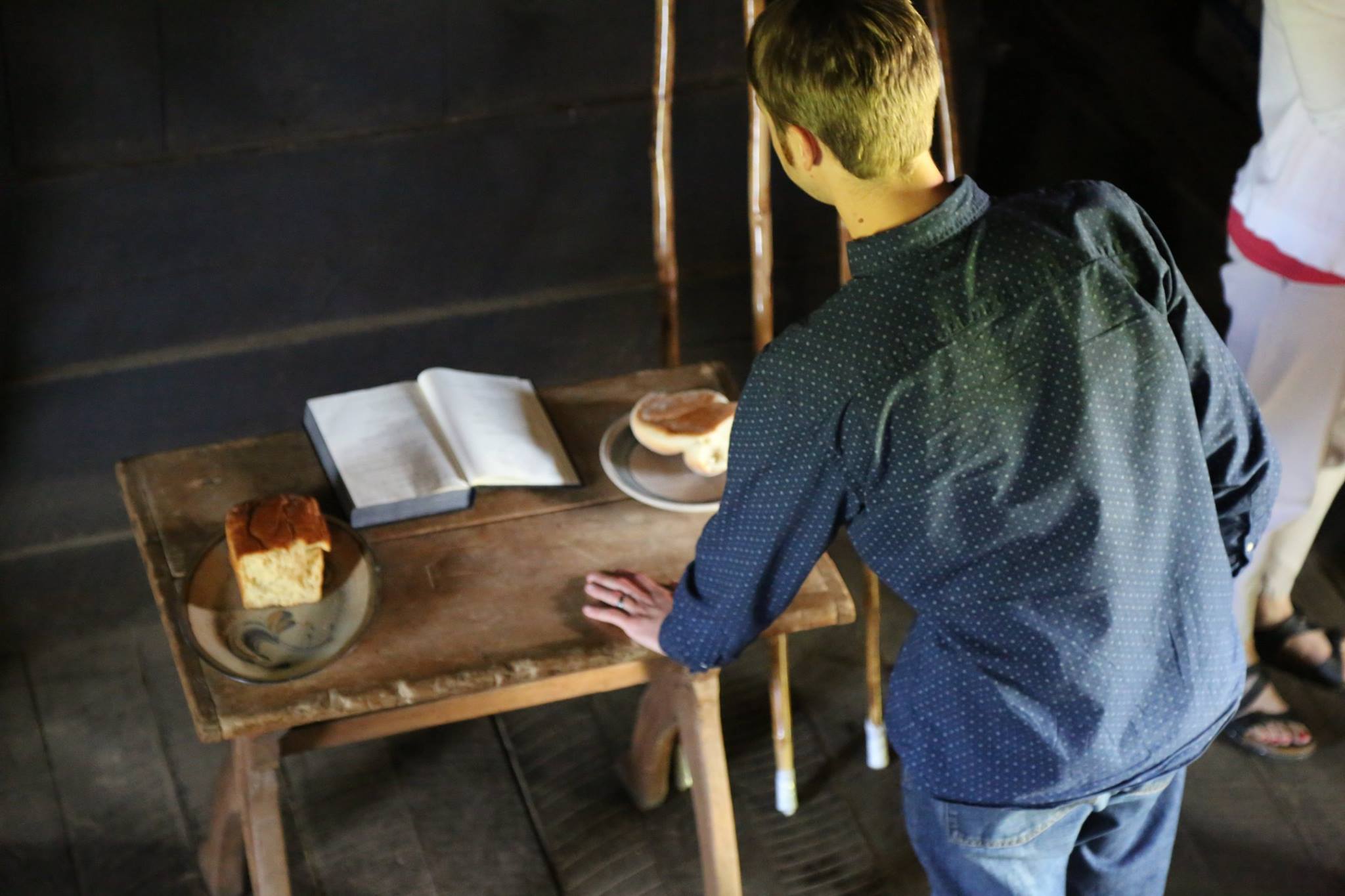 This communion table was used by Francis Asbury, and other circuit riders.  It is in the Rehoboth museum.

The church was planned as a Union Church of Methodists and Presbyterians, who alternated services in the building for almost a century. When the brick church was built, an outside stairway provided access to a balcony where the slaves sat. The meeting house was also used as a school house.

Old Fields Church was listed as Methodist Historic Site No. 232. The building and adjoining cemetery, located in the middle of a farm field, is maintained by Duffey Memorial United Methodist Church. 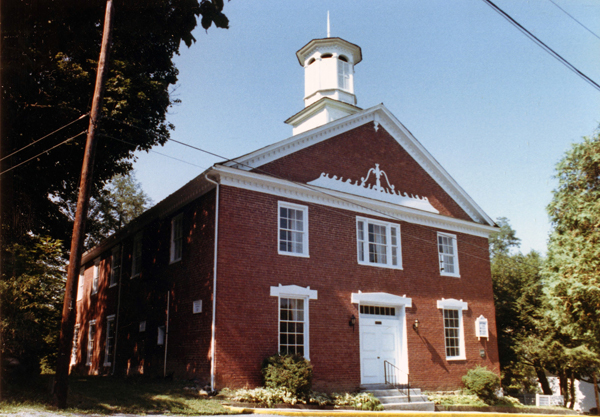 A Methodist Society was organized in a log cabin in Lewisburg, Greenbrier County, about 1788, and a church house was built about 1791. In 1820, John Wesley UMC, originally called the First Methodist Church, was built on the lot adjoining the original church using brick burned on site.

Built in a meetinghouse style with Greek Revival elements, the church is one of the oldest brick churches in the state. The balcony, built as a “slave gallery,” runs along both sides and across the back of the sanctuary.

During the Battle of Lewisburg in May 1862, a cannon ball shot entered the side of the building. Postwar, John Wesley was transferred to the African American Methodists and it remains an active church. The building was listed on the National Register of Historic Places in 1974 and was listed as Methodist Historic Site No. 233.

Joseph A. Shackelford, a lay minister, bought the property in 1813, and in 1830 the first Methodist Protestant Church services in Monongalia County were held in the house. The building was used for worship until congregants were able to obtain another location. This congregation is now the Spruce Street United Methodist Church.

The Old Stone House has been occupied by the Service League of Morgantown since 1935. The building was listed on the National Register of Historic Places in 1972 and was listed as Methodist Historic Site No. 234. 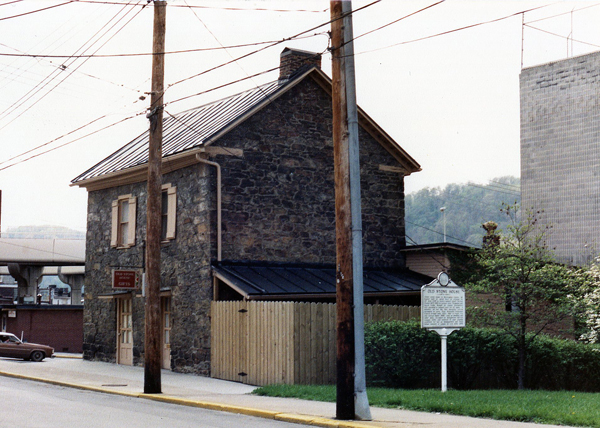 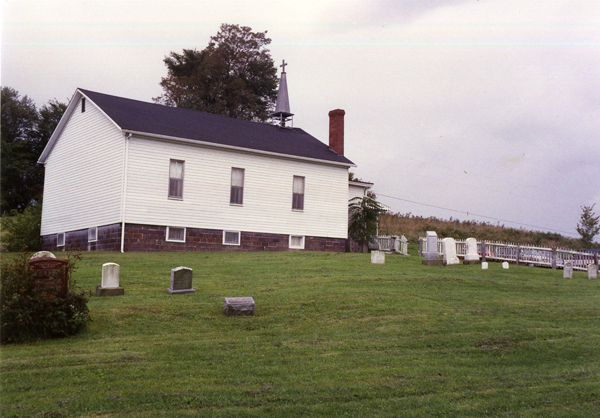 Kadesh Chapel in Wellsburg, Brooke County, was organized by Reason Pumphrey, the founder of the Pittsburgh Conference, as a Methodist society in 1785 and claims to be the first organized group in what is now the northern panhandle of West Virginia. The first church structure was erected in 1788. It was replaced in 1820 and again in 1852, the latter structure built of hewn timber and frame construction by John Goudy.

Though now part of the West Virginia Conference, authorization for listing of Kadesh Chapel was by the Western Pennsylvania Conference. It was listed as Methodist Historic Site No. 235.