The United Methodist Men’s Circuit Rider Weekend is a great event to gather together with other scouts from across the conference.  Follow this link for more details. 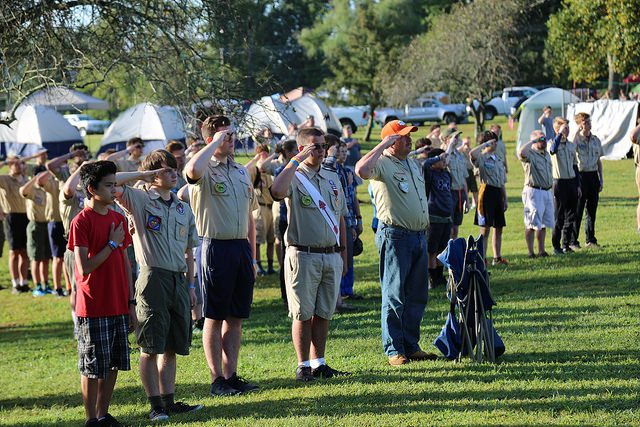 Civic youth-serving agencies and scouting ministries offer another setting for ministry to children, youth, their leaders, and their families. These opportunities would include the Boy Scouts of America, Girl Scouts of the USA, Camp Fire USA, 4-H, or other appropriate organizations in the central conferences. The Programs of Religious Activities with Youth (P.R.A.Y.) award program may be available to all appropriate age-level participants of the local church education program including the church school, youth ministry, and scouting ministries.

Civic youth-serving agencies and scouting ministries offer another setting for ministry to children, youth, their leaders, and their families. These opportunities would include the Boy Scouts of America, Girl Scouts of the USA, Camp Fire USA, 4-H, or other appropriate organizations in the central conferences. The Programs of Religious Activities with Youth (P.R.A.Y.) award program may be available to all appropriate age-level participants of the local church education program including the church school, youth ministry, and scouting ministries.

Greg pauses from his role as Duty to God and Country Staffing Director, at the 2017 National Jamboree 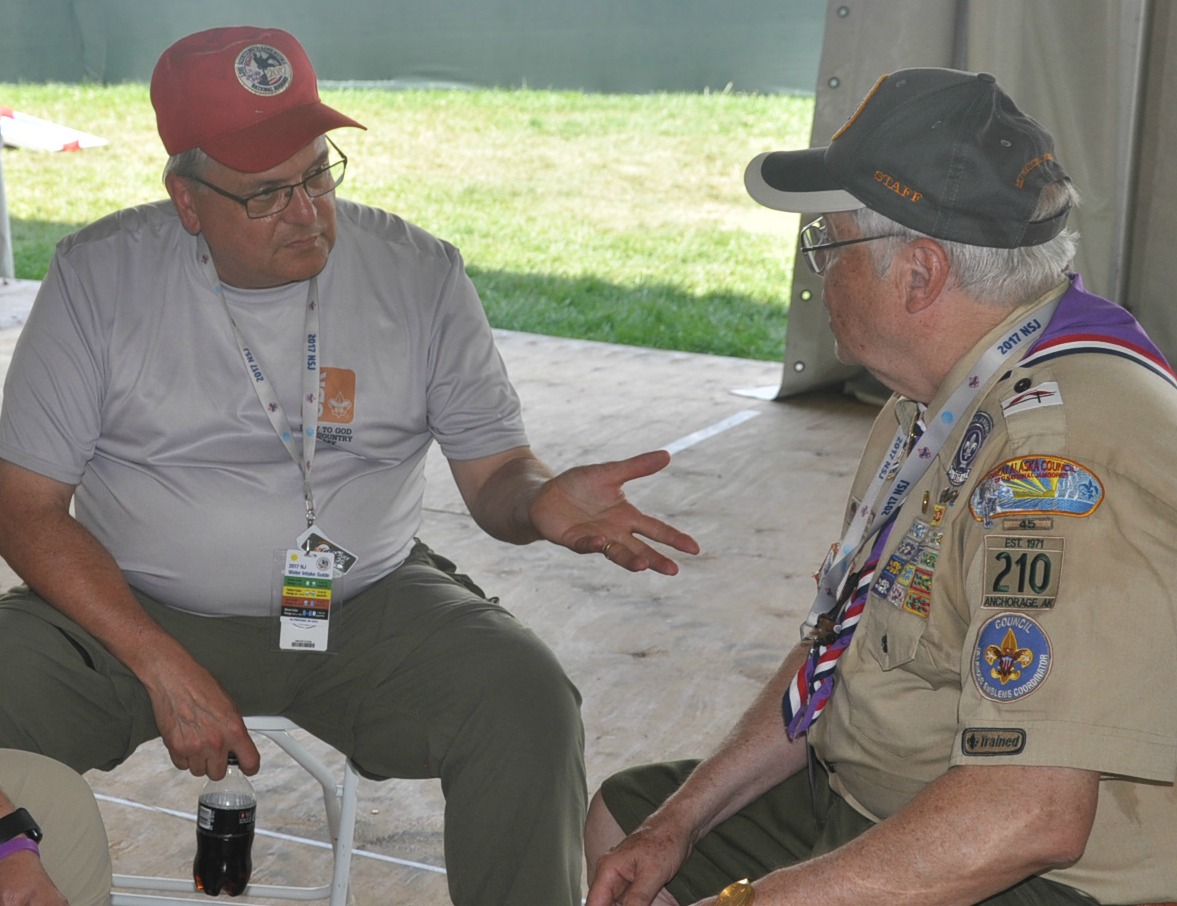 Greg catching up with his scouting friend, John Anderson, from Anchorage Alaska. Greg and John first got to know each other at the 2005 Jamboree. 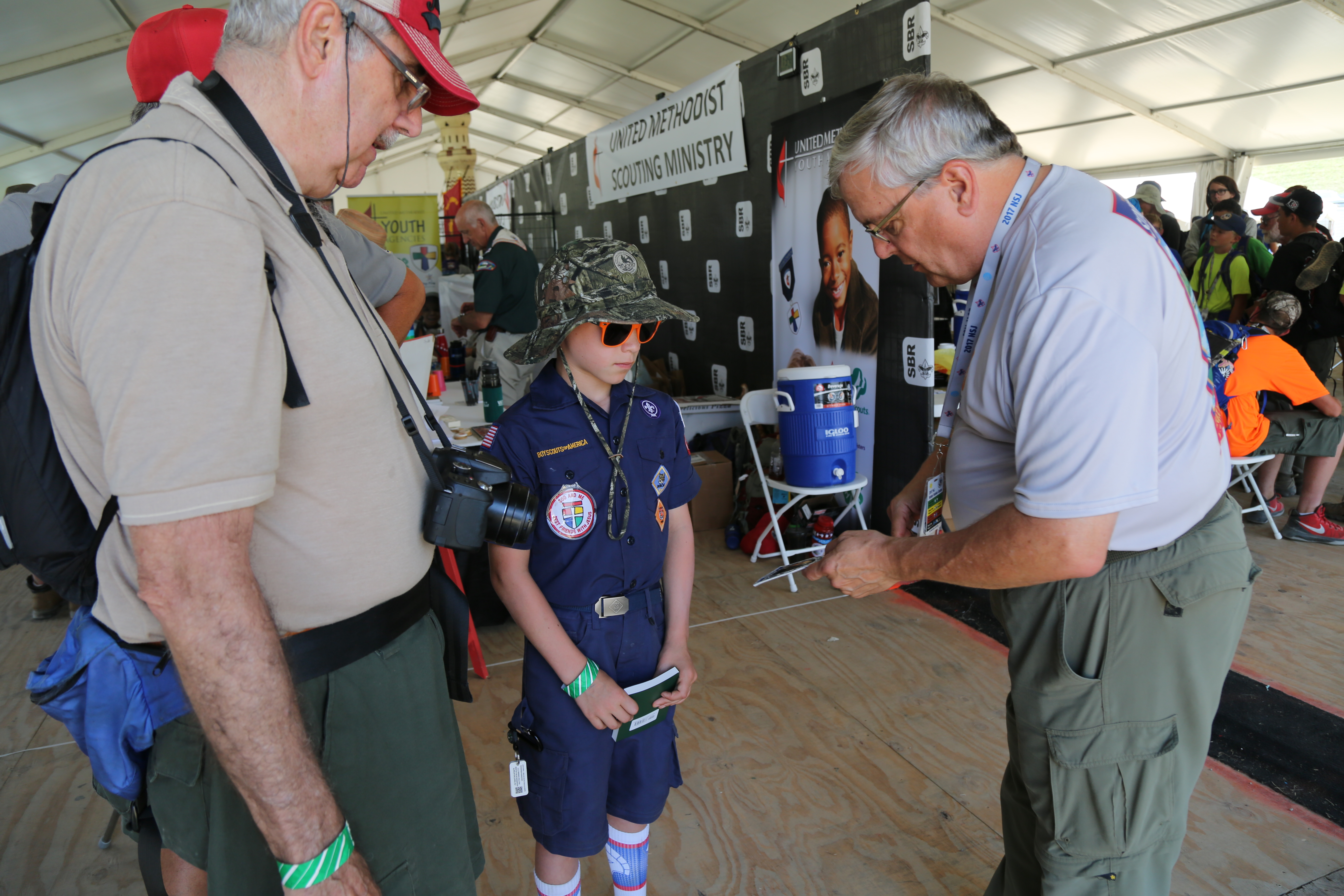 Day visitors to the 2017 National Jamboree included this young scout! 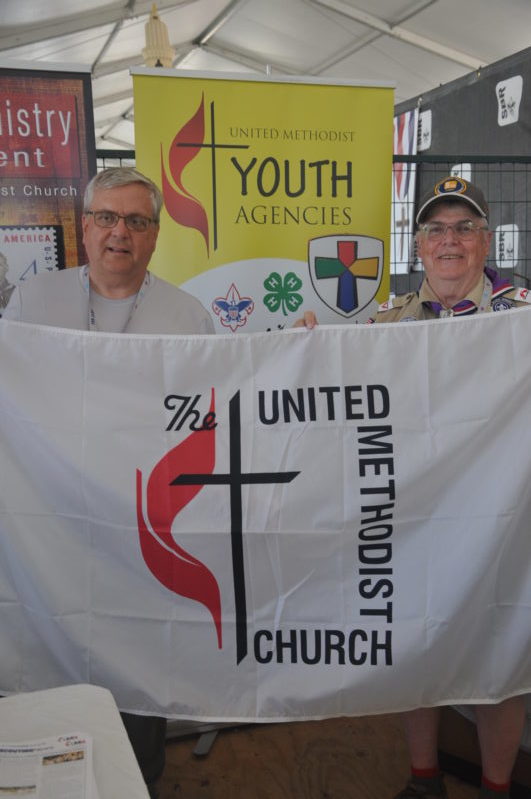 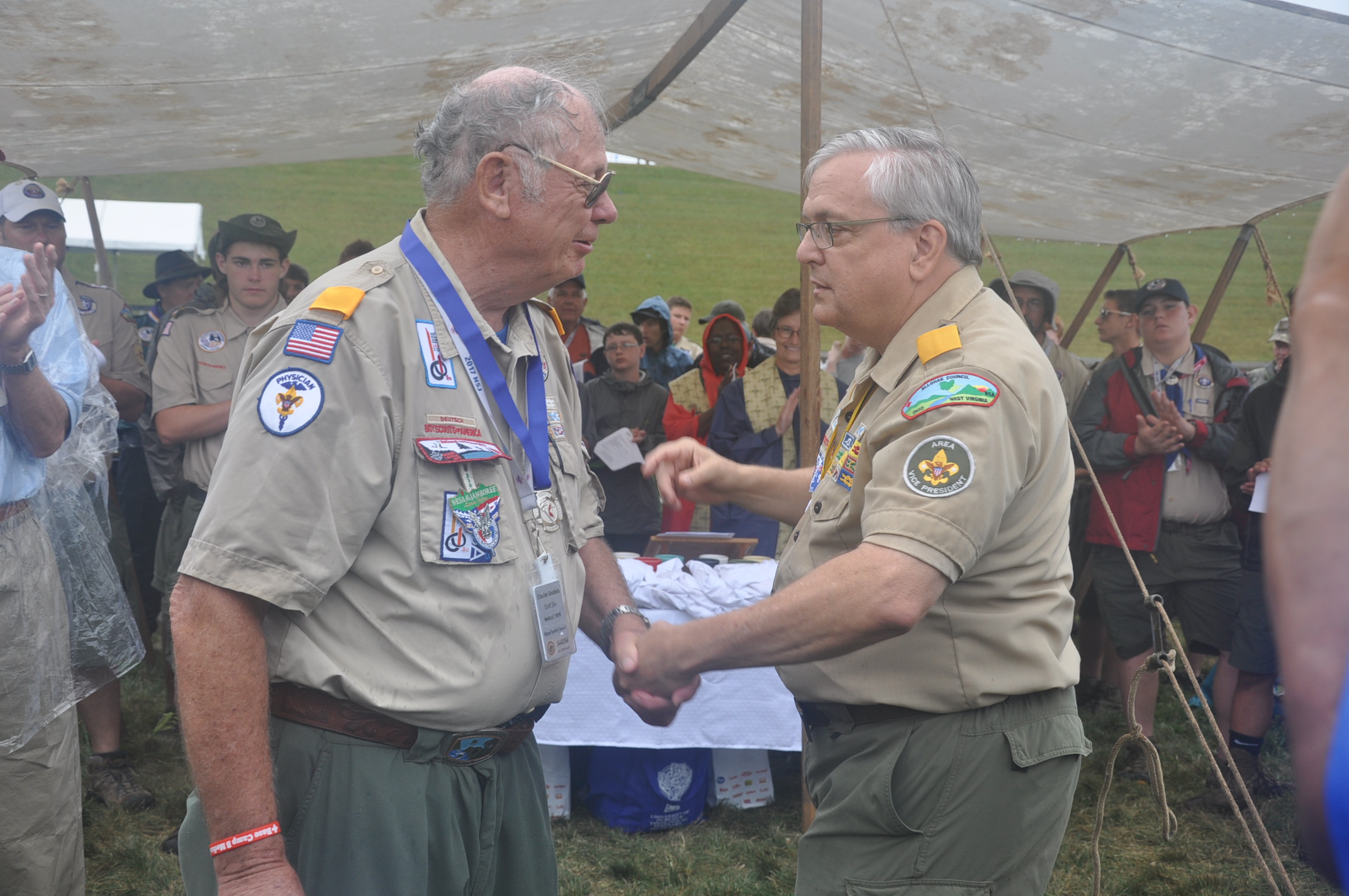 Greg presenting an award just prior to the United Methodist communion service at the 2017 National Jamboree.

West Virginia’s Own, Greg Godwin, on Scouting and his part at the 2017 National Boy Scout Jamboree!

Greg Godwin: Eagle Scout, Marine, United Methodist pastor since 1985.  Many in West Virginia know of his service to his country and the church but we may not realize the contributions that Greg has made and continues to make to Boy Scouts.

We caught up to Greg a few days after the National Boy Scout Jamboree, which was hosted at West Virginia’s The Summit Bechtel National Family Scout Reserve, just outside Beckley, to learn more about Greg’s life-long service to Scouting Ministries.

How many Boy Scout Jamborees have you attended and in what capacity?

World Jamborees two: first in 1971 as a youth in Japan and then in 2015 Japan as a Protestant Chaplain for BSA.

(Note: I was part of the Chaplain crisis intervention team for the 2005 National Jamboree Alaska Tragedy.  John Anderson and I met each other during that crisis and have become good friends.  John was at our United Methodist Men Scouting Ministries booth this year.)

As you walked around the Duty to God and Country tent – what did you experience?  What did you see?

The concept of all faith groups, denominations, and civic groups together in a large exhibit tent was a new concept for the National Jamboree.  The sense of community that developed and the volume of Scouts that participated in the program area was a very big positive for this Jamboree.  We estimated that 21,000 Scouts were served during the program’s operation.

After being part of the two years of planning to bring the program area to reality, I experienced joy in watching the inter-faith/denominational community working together to model the possibility of peaceful coexistence.   It was interesting to watch Scouts making rosaries and Scouts having a Sikh Turbine built on their head within sight of each other.

You received an award from the National Catholic Committee on Scouting, what is the award and what is the significance of being presented it?

I received the St. George Emblem from the National Catholic Committee on Scouting.

This was a complete surprise to me.  I am humbled by the NCCS gracious honor and I cherish the affirmation because it comes from outside the UMC Scouting community.

“The National Catholic Committee on Scouting, acting through the local diocese or eparchy, may award the St. George emblem to members of the laity and clergy, Scouters and non-Scouters alike, who have made significant and outstanding contributions to the spiritual development of Catholic youth through Scouting.”

The National Catholic Committee presented four other St. George awards at the Jamboree: 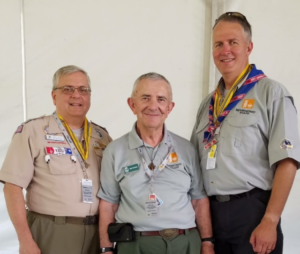 Henry Sorensen, LDS, Chair of Duty to God and Country

What was your favorite part of the 2017 Jamboree?

My favorite part of going to Jamboree is the opportunity to meet new people and deepening established relationships.

This year I recruited a young Eagle Scout living in South Africa with his family.  His father is an Air Force officer assigned to the American Embassy.  He expressed the desire to work in the program area related to Duty to God.  He is Roman Catholic.  He was very mature for a 16 year old and added much to the Duty to God and Country management team.  Recruiting, mentoring, and watching him excel in his duties and building intergenerational relationships was a highlight of my jamboree experience.  He has great potential for leadership at future jamborees.

In speaking with Greg at the Jamboree and afterwards you get a sense of the importance of relationships and leadership and the many ways that Greg exhibits both of these traits through his ongoing service to scouting.

Greg has been active in Scouting Ministry in the United Methodist Church and the West Virginia Conference since 1999.  Greg served the last two quadrenniums on the Board for the General Commission on United Methodist Men and as its secretary for five of those years.  He is currently the Vice-Chair of the UMC Scouting Ministry Committee, a standing committee of the General Commission and is the chair of the BSA’s Protestant Working Group for the Religious Relationships National Committee.

One of the conversations that came up time and again in the United Methodist Scouting Ministries booth at the National Jamboree is how Scouting can be an important and exciting outreach for the local church.

For information about how your faith community can start a Boy or Girl Scout troop visit http://www.gcumm.org/scouting or give Greg a call.

He’s a valuable ally and resource for scouting ministries in the West Virginia Conference!