The West Virginia Committee on Native American Ministries (CONAM) was formed as a bridge building ministry between the church and our Indigenous brothers and sisters across West Virginia and Garrett County, Maryland.

Since the formation of this ministry team, the West Virginia Annual conference has had the privilege of raising awareness of native people and helping our local churches increase the knowledge and understanding of their deep cultural traditions. The Native American Land Acknowledgment statement (seen below) is an important way to help people in West Virginia bridge to a greater understanding of and with our Indigenous sisters and brothers. 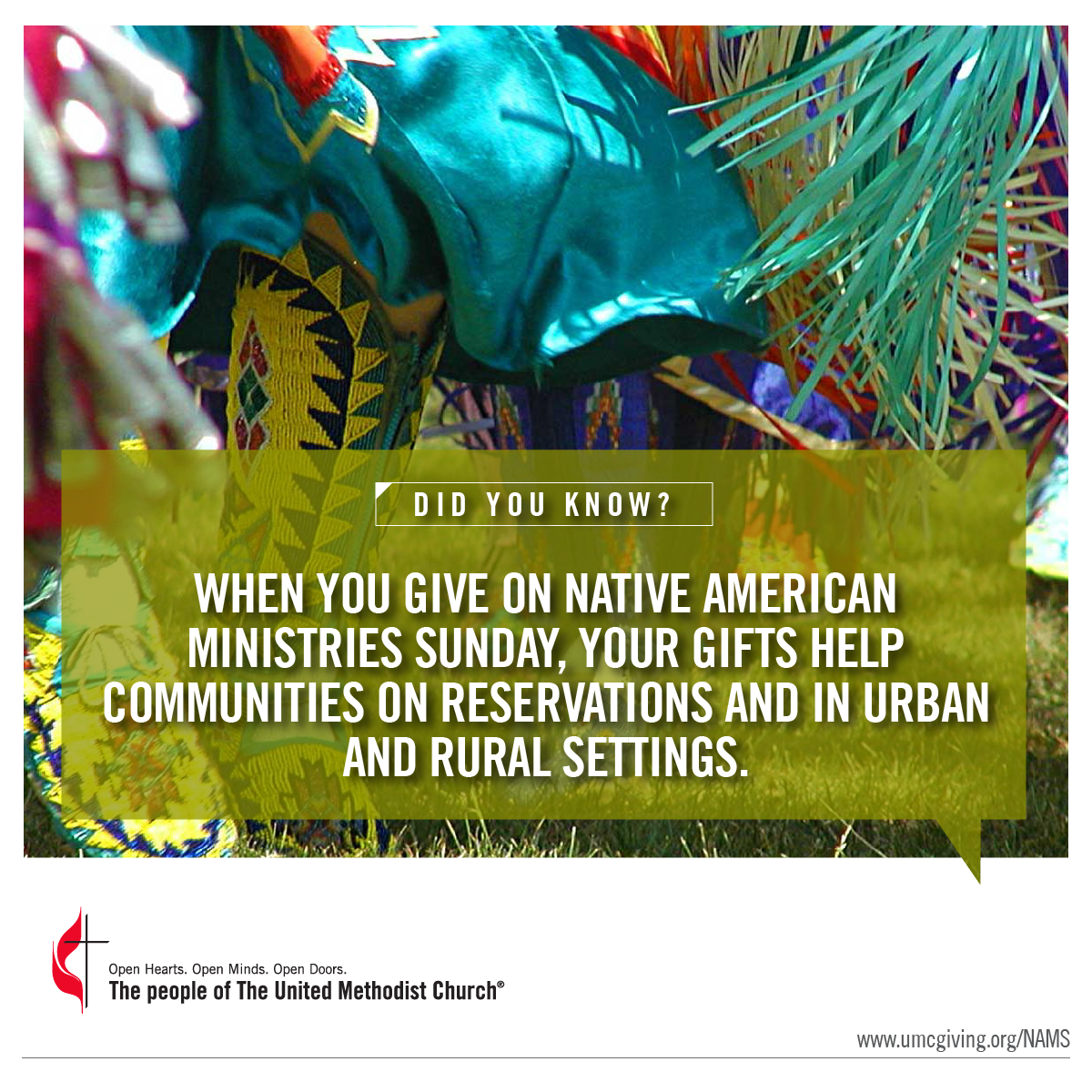 The United Methodist Church is taking steps to extend to regional units and local congregations a ministry of repentance and reconciliation with Native American and other indigenous people as part of an effort to build a church of integrity and inclusiveness for all people and all of God's creation.

The work continues years of effort by the denomination to overcome centuries of mistreatment of native people in the United States and elsewhere. The church's 2012 General Conference, its highest legislating body, engaged in a formal Act of Repentance Service for the Healing of Relationships with Indigenous Persons.

In response to this initiative, the West Virginia Conference has formed the Committee on Native American Ministries (WV-CONAM) to reach native people across the conference in urban and rural settings.

We are also communicating with the local UMCs to keep people informed about our visions and focus.

In order to help you we would like to address some Frequently Asked Questions (FAQs) about Native American Ministries and the WV-CONAM.

Why do we emphasize this in West Virginia since we do not have any reservations?
Though there are no federally recognized tribal communities in West Virginia, there are many Native American for federally recognized tribes living within the boundaries of our Conference as well as many self-identified Native Americans who are not registered with any tribal community.  Since many of these persons live among us, the church's goal is to reach them with good news of Christ in ways which respect their unique cultures.

Why does the church always seem to be apologizing to Native Americans?
The Act of Repentance Service at the 2012 General Conference initiated a four year process recognizing past hurts the church has inflicted on Native Americans and begin conversation with local Native peoples in preparation for similar services at the Annual Conference level.  As Blenda Smith, a white laywoman from the Upper New York area noted, "Repentance by itself makes the repentant feel good. We cannot just apologize. We need to focus on healing relationships...the service of repentance and healing helped us begin to see a small part of our history and the beginning of repentance."

The intention is to build relationships, begin to heal past hurts and move forward in building up the kingdom of God.

The following resources have been created for you to use in your local church setting in the appropriate worship setting:

The United Methodist Church has assembled a collection of resources that you can download to promote this Special Sunday in your church. This kit has everything you need, including PowerPoint, more worship materials, and more to empower your congregation to give generously. >>>Learn more