Psalm 118 is peppered with the phrase, “O give thanks to the LORD, for he is good, for his steadfast love endures forever.” Could this, would this be the phrase that emboldened Jesus to enter the city of Jerusalem that week we remember as the Passion of Christ? He knew. He had forewarned the disciples of what awaited Him on this last entry to the Holy City. Any normal human would have turned away from this destiny but Jesus wasn’t just any human. He was God Incarnate.

As Jesus stood at the top of the Mount of Olives, He looked across the Kidron Valley to see Mount Moriah, the temple mount. 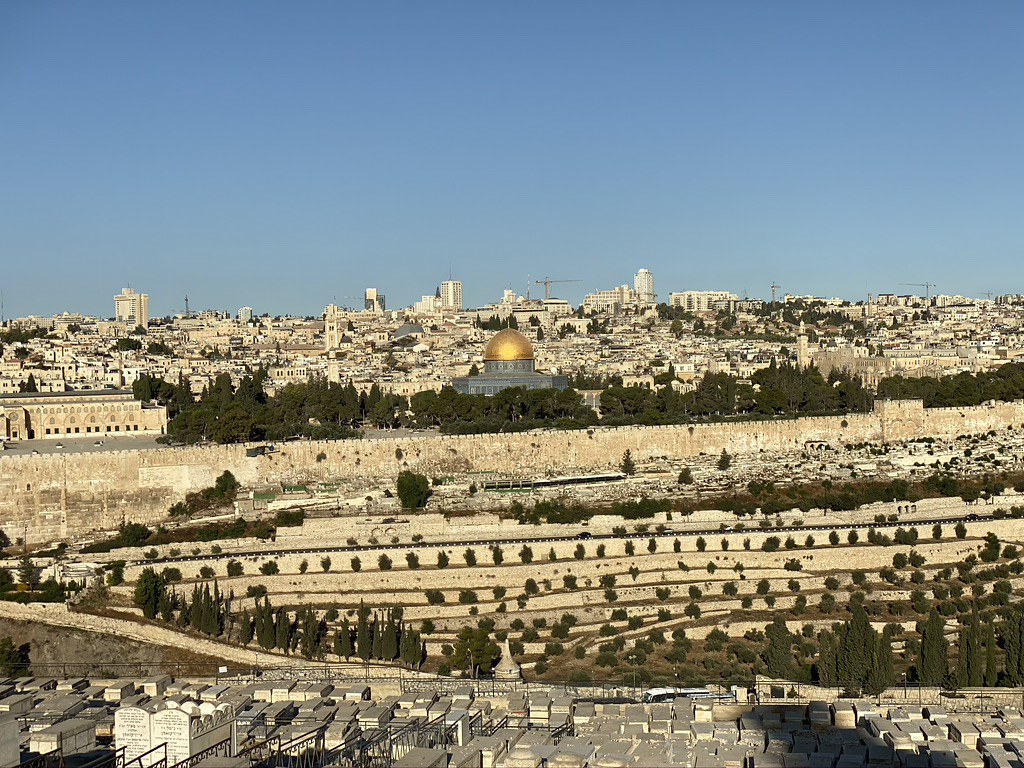 The Eastern Gate was in clear view at the end of the path that still leads there from where He dispatched the disciples to retrieve the donkey colt upon which He would arrive in the city. Mount Zion, the inhabited area of the walled city of Jerusalem lay to the north. It was here that the colt would be found just as Jesus had told the disciples.

It was not far from this starting point that Jesus paused and wept over the city of Jerusalem. A church “Dominus Flevit” or the Church of Tears is built in the shape of a tear and stands to this day to remind us of the sadness He felt for those that had heard the messages of hope that He gave, but remained unchanged. It is also on this hill that trees of the spurge family grow. They are also known as the “Christ Thorn Tree” from which the crown of thorns was plait.

Jesus entered the Eastern Gate, the one closest to the path Jesus rode. 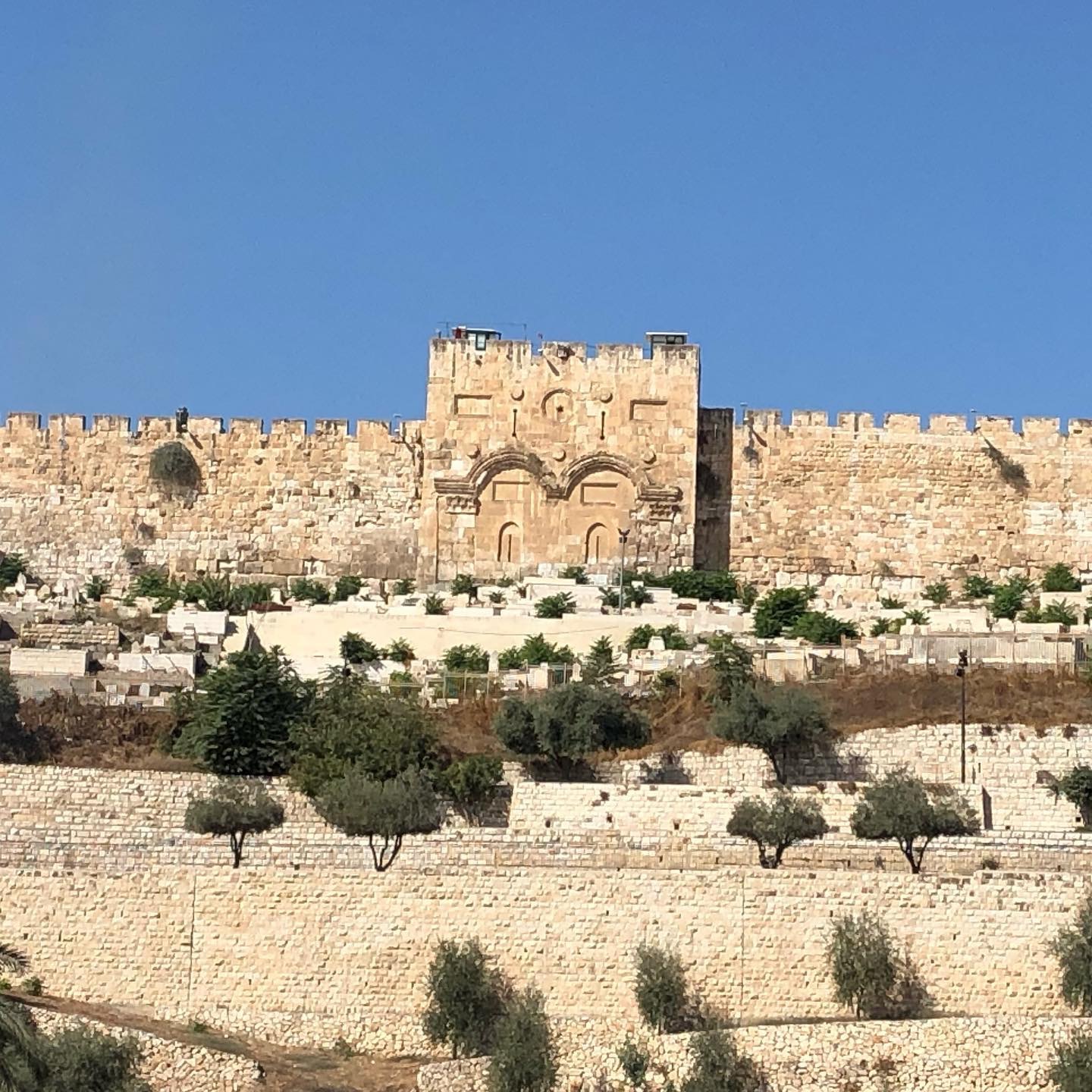 They travelled to the dwelling place of the owner of the donkey colt where they sought a room to share the Passover meal. As they stepped into the room that could easily hold more than 300 people, a table, a triclinium, had been set up for them to eat the holiest of Jewish meals that night. It was in this setting that Jesus celebrated freedom. Not freedom from the oppressing Egyptians but freedom from the effects of our sins, freedom from oppression, freedom from eternal hell by the sacrifice that is represented by the breaking of the bread and sharing of the wine.

For the disciples gathered, it was the Last Supper they would enjoy together, betrayer and trusted disciple alike. In remembrance, we are transported in time to that room that has been occupied by three distinct faith groups over the ages – Jewish, Muslim, and then Christian. In thanksgiving for the sacrifice of the Lamb of God, we celebrate the Eucharist. As we gather as family around the table we come together as one, in unity, in communion.

Jesus calls us to unity to complete our task that He gave all disciples. Our job is incomplete until “so that at the name of Jesus every knee should bend, in heaven and on earth and under the earth, and every tongue should confess that Jesus Christ is Lord…” Will you walk the path He has chosen for you and “give thanks to the LORD, for he is good, for his steadfast love endures forever?” He awaits your answer. Walk with Him.