27 “But I say to you that listen, Love your enemies, do good to those who hate you, 28 bless those who curse you, pray for those who abuse you. 29 If anyone strikes you on the cheek, offer the other also; and from anyone who takes away your coat do not withhold even your shirt. 30 Give to everyone who begs from you; and if anyone takes away your goods, do not ask for them again. 31 Do to others as you would have them do to you. 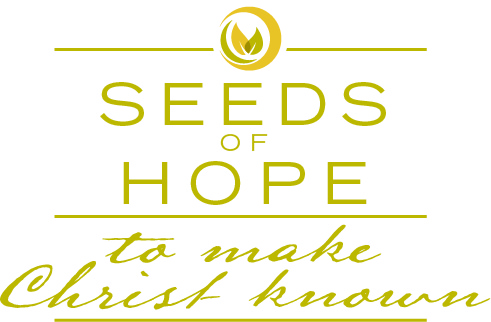 Seeking to be love

In the Sermon on the Plain Jesus invites “those who are hearing” to live into and out of God’s Kingdom life and values and thereby make a difference. Those values are, more often than not, different than our quick reactive inclinations, instincts, and even cultural learning’s.  And that is certainly the case in this lesson—

I was born in 1948. It was the year that Mahatma Gandhi was assassinated.  I was in college when Martin Luther King Jr. was active in non-violent civil disobedience and then assassinated in 1968.  It would be much later that I realized  how much both had taken Jesus’ challenge to heart and lived it in the most difficult of circumstances.  I can only contemplate whether I (we) could do the same.

I know in my mind the truth of what Jesus taught and what both of these men lived.  But doing it, living it, meaning it—well, that’s another matter. But I keep working on it. The reality, however, is that I just don’t have many, if any, “real” enemies.  But I sure do have a lot of people I don’t understand; I disagree with; who are flat wrong about a number of issues; who irritate me; who are snotty, spoiled, and sour. I don’t like them much!

And then I wonder—I wonder if Jesus meant we should not only “love” and “do good” by people who are so called enemies, but also those who are different, disagreeable, annoying, or just wrong about some things.  If so, then I have a problem because there are a lot of those people around.  And what do I have the tendency, the inclination, to do?  I avoid them, or argue with them using my strongest ideas and opinions, or I talk to others about them, or use humor as a subtle put down. It won’t be long before they will become my enemies.

If Jesus is inviting and challenging me to live out of the Kingdom, then this lesson convicts and challenges me—it isn’t about just doing something different when I have an enemy, it is about being love and doing something different day by day. It’s about clothing myself each morning in Christ (Colossians 3: 12-17). It’s about seeking to be love instead of just talking about it.  In a time when there is such a rise in rampant disrespect, divisiveness, hostility, and prejudice, this is a call for the people who call themselves followers of Christ to do just that—follow after the likes of Him.

Can you hear me now?

"Can you hear me now?"  This tag line from the advertising for a major phone service provider was so popular a few years ago that I can close my eyes and see the spokesperson, phone up to his face, moving through all kinds of scenery, engaging with many different people.   If you've ever had a call dropped during a crucial moment (more likely a few years ago than now), or if you've been the person responsible for setting the sound system volume on a Sunday morning, or if you've used sign and sight to communicate when words were not enough, you know how important physical sound and hearing are.  But today's gospel text from Jesus'  "sermon on the plain" takes us to another level of hearing, the emotional and spiritual openness to a message that turns our expectations on their heads.

Unlike the religious leaders who questioned Jesus because of his table fellowship with "tax collectors and sinners," (Luke 5: 30) and debated with him about Sabbath-keeping (Luke 6: 1-11), the crowds who've gathered around Jesus on the plain are referred to as "disciples." They want to hear him, to experience his healing ministry, and to be transformed in his presence. The first part of his sermon, the text for last Sunday, begins with God's blessing on the poor, the hungry, those who weep, and those who are hated; it concludes with four "woes" that state the inverse-- woe to the rich, to those with plenty, to those who "laugh now" (and thus are unaware of or uncaring about the suffering and injustice around them), and to those who echo the false prophets and so reap the reward of praise.  I imagine the crowds around Jesus hearing this with a nod of the head, maybe even a quiet "Amen." They look around themselves at a broken world, and many have personally experienced hunger, illness, and injustice at the hands of others. Surely, there should be "woe" toward those who are "enemies." The insider/ outsider dynamic that is prevalent in their culture (and ours) is an expected theme with a long history in both religion and society.

Suddenly, in today's text, Jesus uses that pattern as the starting point for section two of his sermon, directed to "you who are willing to hear...."  implying perhaps that what comes next is harder to hear.   He says, simply," love your enemies...."   He repeats the lesson with three quick variations--"do good to those who hate you, bless those who curse you, pray for those who abuse you," (vss 27 -28). These echo the pattern of the blessings and woes.  Jesus moves on to four illustrations of what loving your enemies might look like.  Then in verse 31,  he shares the Golden Rule:  "Do to others as you would have them do to you."  For those who need further repetition, he asks questions designed to make them think about the ethical implications of this teaching.  "If you love those who love you, why should you be commended?" he asks.  "Even sinners do that."  Again in a threefold pattern, Jesus insists that loving, doing good, and giving without expectation of repayment are the marks of "children of the Most High."  Why?  Because, Jesus says, God is "kind to the ungrateful and wicked" and is compassionate, and so should we be.

Jesus tells the crowd of disciples, and the Christian community that will follow, to love those we perceive as enemies. He says that we are not to judge, not to condemn, but instead to embody that forgiveness and generosity which are the marks of Christian discipleship (verses 37-39).  Retaliation and vengeance are worldly models, not Kingdom values.  He speaks to us across the centuries.  "Can you hear me now?"