14 Then Jesus, filled with the power of the Spirit, returned to Galilee, and a report about him spread through all the surrounding country. 15 He began to teach in their synagogues and was praised by everyone.

16 When he came to Nazareth, where he had been brought up, he went to the synagogue on the sabbath day, as was his custom. He stood up to read, 17 and the scroll of the prophet Isaiah was given to him. He unrolled the scroll and found the place where it was written:

18 “The Spirit of the Lord is upon me,
because he has anointed me
to bring good news to the poor.
He has sent me to proclaim release to the captives
and recovery of sight to the blind,
to let the oppressed go free,
19 to proclaim the year of the Lord’s favor.”

20 And he rolled up the scroll, gave it back to the attendant, and sat down. The eyes of all in the synagogue were fixed on him. 21 Then he began to say to them, “Today this scripture has been fulfilled in your hearing.” 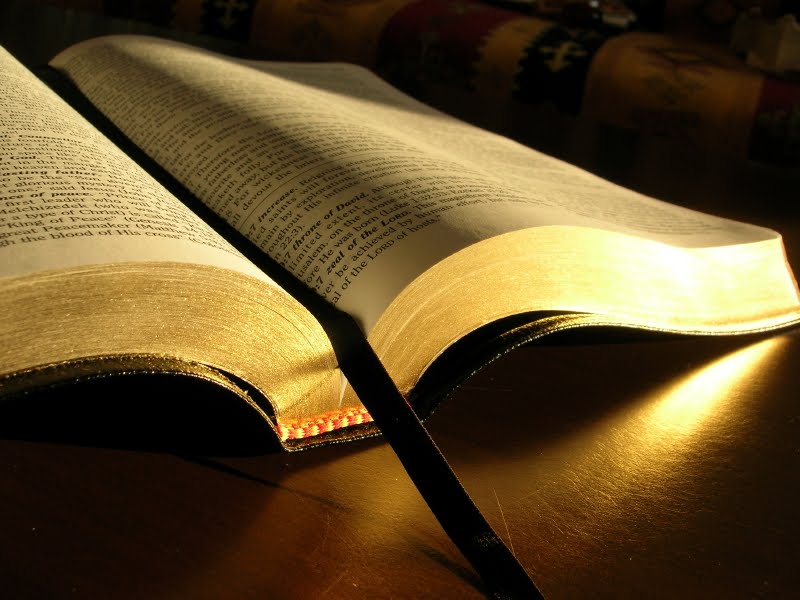 Have you ever visited a mini-donut shop? If not, find the place that spills sweetness into the atmosphere. Be prepared to stand in line and wait to select your donut flavors. Then the donut maker (the expert) takes your order and fashions twelve little donuts in a pastry box. Although the donuts were made from common ingredients, the expert turns the ordinary into the amazing by coating, slathering, dousing, and drenching the donuts with powdered sugar, syrup, icing, sweet toppings, and confectionery sugar. The expert anointed the donuts with sugar. Clearly, sugar is the driving force within each little delight. The expert closes the box and Eureka! Something amazing becomes yours.

Just as sugar was already present in the original donut batter, so too was God’s wonder-working power in the Lord from the beginning. Yet, the Holy Spirit anointed him with great, explosive power or dynamos. Anointing (that action of drenching, slathering, etc.) is in the Holy Spirit’s purview. Anointing is a passive action because Jesus did not empower himself (although he could have); rather, the Holy Spirit slathered him with ability beyond human comprehension or imagination. Power was indelibly smeared on him to the extent that he was undeniably the Son of God, chosen and set apart for greatness. The Holy Spirit endowed Jesus with power to preach good news; to heal, deliver, and recover captives; and to set free all who were injured by the shackles of sin as foretold in Isaiah 61. And then, Epiphany! Something amazing was among the people of Nazareth. Jesus closed the book because he fulfilled everything in it and God’s power changed everything for people who had long-awaited the promised Messiah. God’s power propelled Jesus into miraculous work in the world.

Jesus is God’s gift to all poor, broken, and hurting captives void of saving power. We tend to see “those other people” as poor, broke-down, busted and disgusted. Yet, we cannot save ourselves and this is the plight of everyone who has existed. Similarly, we cannot anoint anyone with our own power. Without divine intervention, we would remain broken, but God still anoints. God pours out his Spirit, transforming us beyond understanding. That’s extraordinary. Epiphany! Everything changes. The very source of awesome and amazing is present as Holy Spirit power compels us to live and work according to his will and purpose.

Is the power of the Holy the driving force in our ministries? Or, should we wonder why our ministries might seem powerless? Could it happen if we try to anoint the world with our own power? Let’s step aside and let the Holy Spirit anoint. When God anoints, his power emanates as a sweet Spirit and charges the atmosphere. Are we amazed, Spirit-filled, forever-changed and on fire for the Lord? Will the world’s people be awestruck when they see God’s power in action? When the Holy Spirit anoints, expect change. May it be so, in the name of the Father, and of the Son, and of the Holy Spirit. AMEN.

(1) One of the greatest tools that Jesus used was His blessed mirror. It isn’t specifically mentioned in the Gospels, but even a casual reading of the Gospels reveals how over and over, He would reach into the inside pocket of his robe and pull out this Blessed Mirror, that was unlike any other of its time.

This mirror showed people both the Image of God in which they were indeed lovingly made. And it showed them their potential.

The first image that appears is that of a “beloved child of God, precious and beautiful to behold.” Then they will be able to see a Crown of Glory over their heads – an image that they can spend the rest of their lives growing up until they fit into that Crown. They can do so, by God’s Grace and because someone showed them what it looks like.

Because Jesus has shown you this image of yourself, you, too, therefore, are able to show others the same thing. Helping them to see this is the greatest gift you can give them.

(2) [This is not biographical; it’s told in first person just to make the story flow better:]

I was visiting (professionally) the local jail and ran into an insurance agent I knew, who was also visiting an inmate. As we happened to walk out of the jail house at the same time, I jokingly asked, “Come here, often?”

“Every week,” he said, seemingly nonchalantly. My reaction was too instantaneous to suppress, so I said, “Really?”

And he invited me to go with him for a cup of coffee, while he told me his story. I had some time, so I agreed. While we sat in a nearby restaurant, nursing cups of coffee, he told me of how, as a young man in his teens, he was on a path toward the other side of those visitor windows in the jail. Then a man in his community had a talk with him one day.

“It wasn’t one of those ‘you’d better get your act together, kid,’ talks. Instead that man told me that he had been watching me, because he was curious to see how one of our community leaders would develop through their younger years. He said that he had seen real leadership skills, and he was curious just to see how far I would go in my life.”

Then this insurance agent told me that when this had happened twenty years ago, he had felt like he had seen some predetermined image of what he was going to grow up to look like.

“From that point on, my life changed. I didn’t even realize it at the time. But I started living into being the person someone said they were watching to see me become.

“It wasn’t a pep talk about changing my ways in order to become something different. Instead, for me, it just became growing into what he had seen, but I had not been able to see.”

As we finished our second cups of coffee, he looked at his watch, and said he had an appointment at his office. So he quickly summed up his story. “So now, I visit the jail each week. I’m trying to help some of these people see the same thing about themselves, that someone helped me to see about me. I do it with just one person at a time.”

I insisted that he let me pay for the coffee, so he would not be late for his appointment. When I left the restaurant, I was a more than just a little bit embarrassed, and yet inspired. Here, I – the preacher – had been uncomfortable visiting the jail, and instead I ran into a layperson who showed me what Jesus looked like.

In the business world, successful organizations create mission statements. These are brief summaries of their goals and values. In Luke 4, we are still at the beginning of Jesus’ ministry. Just two chapters earlier, Jesus was baptized by John. As Jesus burst forth from the muddy waters of the Jordan River, heaven split open and a dove descended. God’s voice from heaven called down and said, “This is my child, the Beloved, he brings me great joy.” Before Jesus performs a miracle, preaches a great sermon, or faces the temptations in the wilderness, the core identity of Christ is revealed. The child of God, deeply loved, bringing joy to God in heaven.

Jesus carried a confidence into the wilderness to face the temptations set before him, and now Jesus “returns to Galilee, filled with the Holy Spirit’s power.” Now it’s time to tell people why Jesus is here. He turns to the scriptures and uses a Messianic prophecy from Isaiah to describe his mission statement. Jesus describes that he has been anointed and sent to minister with the poor, the captives, the blind, and the oppressed. The message of Jesus is one of Good News: hope, freedom, restoration, and favor.

These are the things that matter most to Jesus. Throughout the Gospels, we find Jesus fulfilling this mission. Jesus offered the love of God to all people. While the Pharisees saw the dregs of humanity, Jesus saw people made in the image of God. The sick and oppressed, tax collectors, zealots, adulterers, Roman soldiers, and even the dreaded Samaritans were invited to draw near to God through Christ.

What a blessed hope!

If the mission of Christ is to bring God’s hope, freedom, restoration, and favor to people, shouldn’t that be our mission too?

Even now we believe that the Holy Spirit calls us to continue the mission of Christ in the world. As baptized believers, we are given the power of the Holy Spirit. We are anointed to cooperate with the Holy Spirit’s prevenient work that seeks to bring people to repentance and reconcile all people with a loving God in heaven. The Spirit empowers us to be like Jesus and to continue his mission. Epiphany is a season of celebrating the revelation of Christ.  It is a great time to study the mission of Jesus and ask how we can help bring the revelation of God’s hope, freedom, restoration, and favor to all people. Amen.